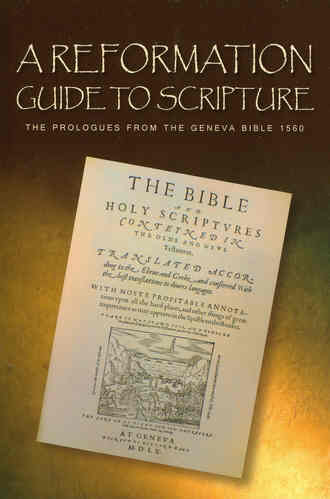 As has so often happened in the history of God's people, the persecution of gospel believers instigated by Mary Tudor (Queen of England from 1553 to 1558), helped to promote rather than hinder the spread of the gospel. One evidence of this is the Geneva Bible of 1560. A small band of English scholars, exiled in that city, produced a Bible version which, by its sheer excellence, was to drive its officially-approved rivals, the Great Bible and the Bishops' Bible, from the field. Its forceful and vigorous language helped to make the Geneva Bible so popular that it eventually went through more than 150 editions and was still in widespread use in the middle of the following century. It was the Bible taken to America by the Mayflower Pilgrims, and its influence in spreading true biblical Christianity to the ends of the earth is incalculable.

The Banner of Truth Trust is marking the 450th anniversary of the first edition of the Geneva Bible by publishing this collection of introductions or prologues to the books of the Bible, together with the translators' letter to Queen Elizabeth urging her to assist in building up the church in England and their letter to 'our beloved in the Lord', the Bible-reading Christians of the British Isles. The prologues present in a succinct and pithy way the 'argument' or theme of each book, giving the reader a rapid overview of the whole Bible, as seen through the eyes of the exiles. The book is sent out with the prayer that the prologues will help present-day readers to see the scope of each biblical book and taste the 'riches of true knowledge and heavenly wisdom' which the Geneva translators found there.