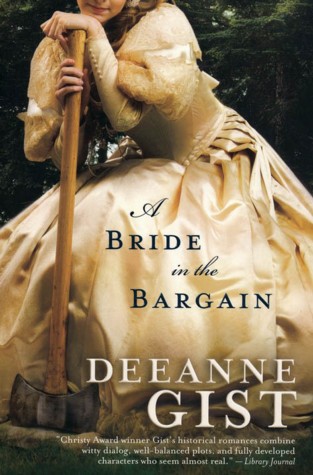 In 1860s Seattle, a man with a wife could secure himself 640 acres of timberland. But because of his wife's untimely death, Joe Denton finds himself about to lose half of his claim. Still in mourning, his best solution is to buy one of those Mercer girls arriving from the East. A woman he'll marry in name but keep around mostly as a cook.

Anna Ivey's journey west with Asa Mercer's girls is an escape from the griefs of her past. She's not supposed to be a bride, though, just a cook for the girls. But when they land, she's handed to Joe Denton and the two find themselves in a knotty situation. She refuses to wed him and he's about to lose his land. With only a few months left, can Joe convince this provoking--but beguiling--easterner to be his bride?

A Hero for Her Heart, Heartsong Series