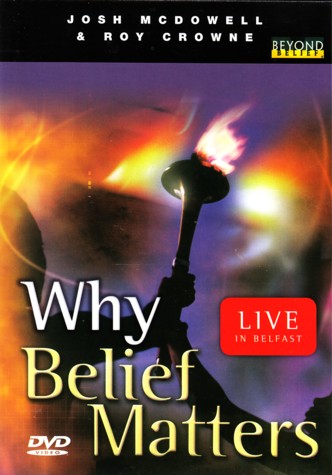 This DVD was recorded live in Belfast during Josh McDowell's Beyond Belief 2006 UK Tour.

Josh McDowell is an internationally known speaker, author and travelling representative of Campus Crusade for Christ. He has authored or co-authored more than sixty books including More Than a Carpenter and The New Evidence That Demands a Verdict. Josh and his wife, Dottie, have four children and live in Texas.

Roy Crowne is the national director of YFC. As well as numerous international engagements he speaks in schools, colleges, universities and churches across Britain. He is married to Florence and they have two teenage sons.

Truth About Man - A Biblical Study of the Doctrine of Man

Politics - According to the Bible