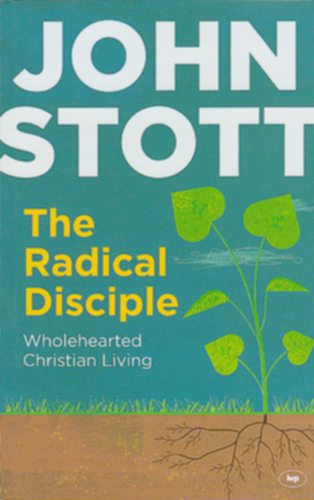 The Radical Disciple by John Stott and published by IVP Books.

So many of us avoid radical discipleship by being selective, choosing rather those areas in which commitment is appealing, and steering well clear of areas where it will be costly. But because Jesus is Lord, we have no liberty to pick and choose. The author looks at eight characteristics of Christian discipleship, which are commonly neglected yet deserve to be taken seriously.

These include the importance for Christians neither to conform to the world or try and escape from the world, (Chapter One) the importance that Christians mature in their faith knowledge and understanding of the God they serve, (Chapter Three) and how we as Christians have a dependency on each other for care and support, (Chapter Seven).

This book was "farewell" offering from the pen of John Stott.

Inside Story - The Life of John Stott

The Autobiography of George Muller