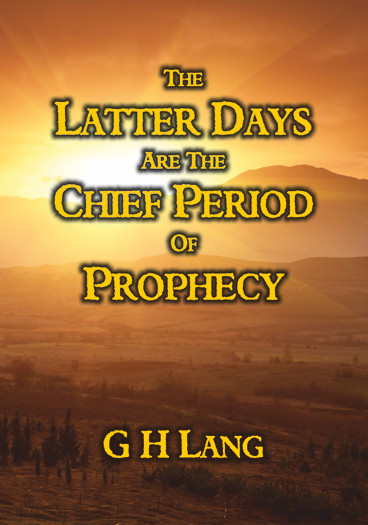 The Latter Days are the Chief Period of Prophecy by G H Lang and published by Classics Publishing.

It is a constant feature of prophetic scripture that they pass direct from the day of the prophet to the closing days of this present age, even to the era of Antichrist and the coming of Christ. The first of all predictions reveals this feature and gives character to the rest.

In Genesis 3:15 there is first intimated this salient feature of human history: “I will put enmity between thee and the woman, and between thy seed and her seed.” The essential feature of at least six thousand years is thus summarized in a sentence, and the forecast leaps on at once to the second coming of Christ: “he shall bruise thy head.” Only one single event, Calvary, is lifted into the light, as needful to be mentioned: “thou shalt bruise his heel.”

Master's Plan For the Church