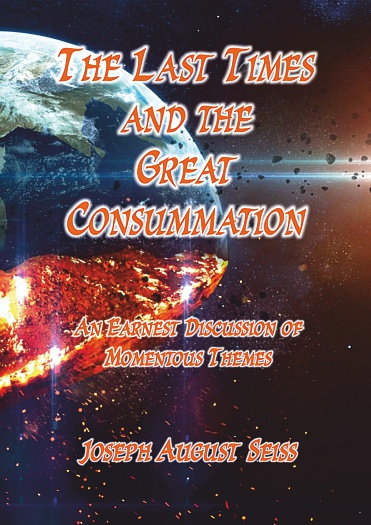 The Last Times and the Great Consummation, An Earnest Discussion of Momentous Themes by Joseph Seiss and published by Classics Publishing.

This book treats of the future destiny of the world and its population, as revealed in the holy prophecies. It was first published in 1856, since which time several editions and re- publications of it have appeared. It was originally designed to bear testimony against certain erroneous opinions extensively afloat in the popular mind, and to awaken attention to a subject too little appreciated and too much neglected by modern professors of Christianity.

The favour with which it has met, and the blessing of God which has so largely attended it in many directions, together with the increased ominousness of our times, and the pressing importance of a right knowledge of what is coming upon the earth, have induced the author to revise, enlarge, and reissue it, and to enter into arrangements to bring it, in its revised form, simultaneously before the reading public of England, Canada, and the United States. The views which it presents are somewhat in conflict with prevailing impressions and current opinions and prejudices; but they are the writer's honest convictions, produced by faithful study, and uttered under a full sense of the responsibility involved so it is believed they are entitled to sober, candid, and careful consideration.