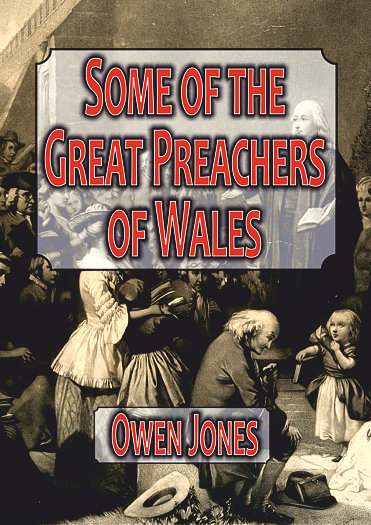 Some of the Great Preachers of Wales by Owen Jones and published by Classics Publishing.

From the rise of Methodism at the latter end of the 18th century, Wales has been supplied with a succession of preachers of rare qualifications for the work given them to do I think I cannot be mistaken in saying that the great Welsh preachers whom I was constantly hearing in my boyhood were unrivalled masters of sacred eloquence. The ones this volume concentrates on Daniel Rowlands, Robert Roberts, Christmas Evans, John Elias, William Williams (Wern) Henry Rees and John Jones. These men had in an eminent degree that first requisite of all great oratorical success, especially in the pulpit - intense earnestness. Many of them were men of stately and commanding personal presence, and were endowed with voices of great compass and melody, which, by constant use, they had learnt so to rule as to express, with the best modulation, all the varying moods of an orator’s mind.”