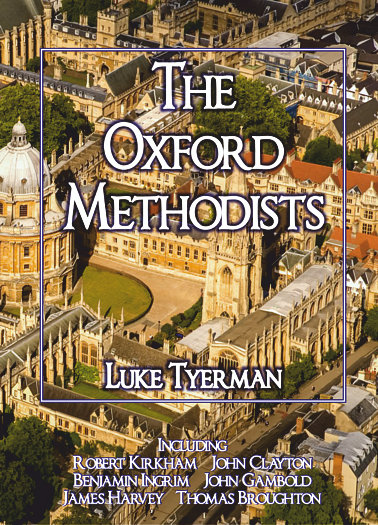 The Oxford Methodists by Luke Tyerman and published by Classics Publishing.

“THE present book is intended to serve as a companion volume to The Life and Times of Wesley; and to assist in showing the wide and gracious results of a revival of religion.” “Among the Oxford Methodists, the Wesleys and Whitefield will always be pre-eminent; but a great work was also done by their associates. Clayton’s High-Churchism was objectionable; but it is not unreasonable to indulge the hope, that, his earnest piety exercised a useful influence upon the clergy among whom he lived, and especially upon the young gentlemen who were favoured with the instructions of his school. Ingham, as an evangelist, was exceedingly successful among the masses in the North. The Moravian Church owes a debt of incalculable gratitude to Gambold, for checking and correcting its early religions follies.”

Broughton was efficiently employed in promoting the translation of the Bible, in the work of Home and Foreign Missions, in the distribution of religious tracts, and in the education of the children of the poor, at a period when the present principal societies for such objects did not exist. Hutchins, though retaining, at least, a few of his High-Church doctrines, was a spiritually-minded, earnest Christian; and, in the important office which, for so many years, he held in Lincoln College, could hardly fail in moulding the minds and hearts of some of the young students there. And Hervey was one of the first clergymen of the Church of England, in the last century; who turned the attention of the upper classes of society to religions matters. These were, not trifling services.”