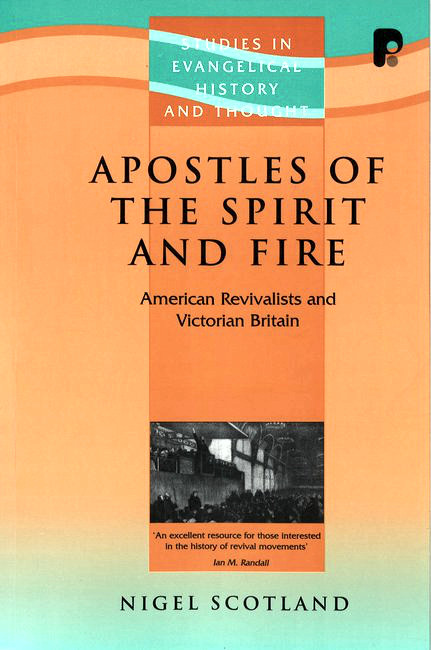 Apostles of the Spirit and Fire; American Revivalists & Victorian Britain - PTS by Nigel Scotland and published by Paternoster Publishing.

This is a book about American revivalist religion and the ways in which it impacted British Christianity in nineteenth-century England. The term 'revivalist' seems to have first been used in the period after the 'Second Great Awakening' in the United States. It designated those individuals and churches who sought to manufacture or create revival by human endeavor rather than, as in former times, pray and wait for a sovereign move of God's Spirit. Revivalism had a number of marked features which are charted in detail in chapter 1.

It was inevitably characterized by emotion, excitement and religious exercises. Particular attention has been given to ways in which the different American revivalists understood revival and the methods by which they sought to achieve it. The book includes a focus on one or two female revivalists whose work has tended to be overlooked in some studies.

Kingdom of the Cults - Updated edition

Evolution and the Christian Faith