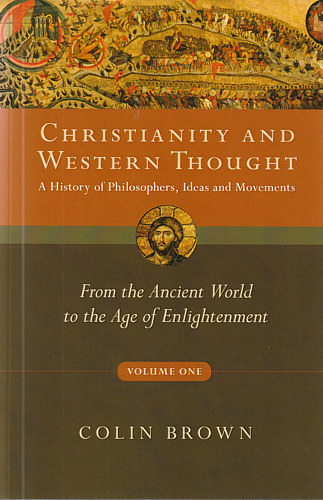 In one easy-to-read volume Colin Brown provides a sweeping survey of Christianity and Western thought from the ancient world to the Age of Enlightenment. Students, pastors and thoughtful Christians should benefit from this rich source that sketches the history of philosophers, ideas and movements that have influences and been influenced by Christian thought.

From Socrates and the Sophists to Kant, from Augustine to Aquinas and the Reformers, Brown tells the often tension-filled story of the people and ideas that have shaped our intellectual landscape. Is philosophy the "handmaiden of faith" or "the doctrine of demons"? Does it clarify the fiath or undermine the very heart of what Christians believe?

Christianity & Western Thought, Volume 1, Brown Colin: Book | ICM Books
Shipping is FREE for all UK orders over £6. (only £1 for UK orders under £6)