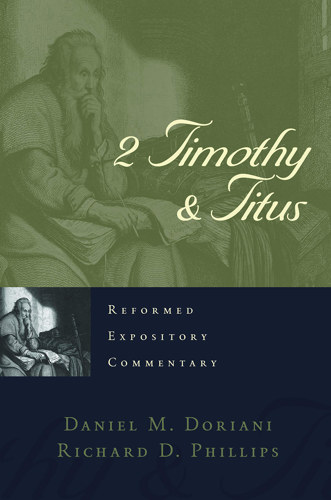 The apostle Paul is known for his doctrinally rich writing, but we should not overlook his concern for the practical. In his letters to Timothy and Titus—faithful younger men who had followed him into ministry—Paul has much to teach every one of us about godly leadership, sound teaching, and holy living. In this warm and pastoral commentary, Daniel Doriani and Richard Phillips show how the letters brim with the message of God’s grace as it is practically applied, challenging us to embrace Paul’s priorities and to remain faithful in suffering. They explore Paul’s treatment of important doctrines such as election, predestination, assurance of salvation, and more. And they point us to Christ, who empowers us by his grace as we labor for his sake.

The Reformed Expository Commentary focuses on the English rendering of the biblical text and thus does not address concerns of the original language nor academic technicalities. Rather, proceeding section-by-section it focuses on the narrative flow of the biblical book, while drawing out significant points or theological emphases in the text, and then applies them to the daily life of the Christian. The various points addressed range between historical events taking place within a book's narrative, or upon significant doctrinal statements that are made. The application or "guidance" section as the series calls it rounds out each of the particular emphases from the text making it a complete expository volume. Each commentary approaches the text from a Reformed theological perspective and can be used profitably for either study or devotion.