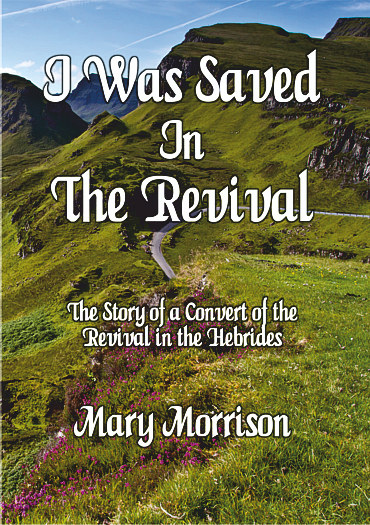 I Was Saved in the Revival by Mary Morrison and published by Classics Publishing.

This is a personal testimony of Mary Morrison, who later became a Faith Mission Pilgrim, who came to Christ during the Hebridean Revival which began in 1949.

She recounts her early life and how during this Revival, Christ Jesus called her out of darkness into His marvellous light. From the day of her conversion she has been dominated by one supreme purpose - to do the will of God. Duncan Campbell writes “I feel confident that this honest testimony will lead many, not only to acknowledge that they have a new insight into what revival means, but to yield themselves deliberately to God as channels of His action in revival.”

Susie: The Life and Legacy of Susannah Spurgeon, wife of Charles H. Spurgeon

Heavenly Meanings, Sermons on the Parables