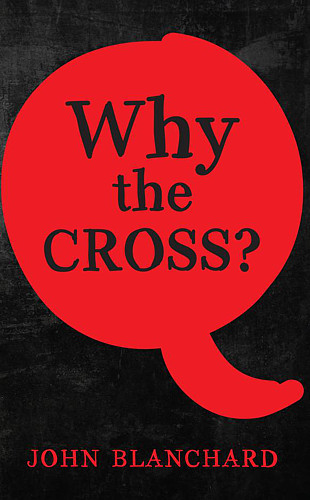 Why the Cross? Pack of 10 by John Blanchard and published by Evangelical Press.

For centuries symbols have been used as a means of identification, often in an immediate, compact and powerful way. For some 2,000 years Christianity has had a symbol that is universally recognized a simple cross. Yet the cross represents not the character, life or teaching of the founder of Christianity, but the gruesome way in which he was put to death while still in his early thirties. For millions today a cross has become little more than a charm or good luck bracelet, tattooed on their bodies or worn as jewellery. The huge gap between the original event and the current symbol therefore raises some massive questions:

* Why has the symbol remained so universally popular?

* Was there anything unique about the crucifixion of Jesus?

* What difference can it make to me today?

Here is a booklet that answers all these questions and many more and makes it crystal clear that in the death of Jesus lies our only hope of the forgiveness of sins and eternal life.