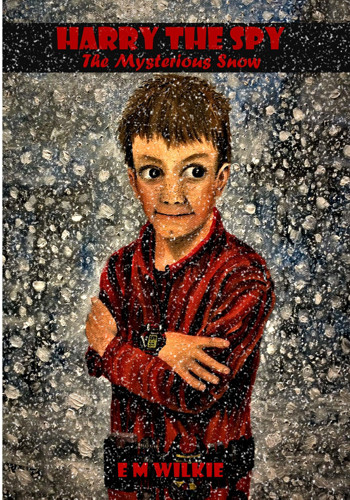 Harry the Spy - The Mysterious Snow by Eunice Wilkie and published by Ritchie Christian Media.

“Harry was a spy. Not a boy who only thought he was; not just pretending to be with all the gadgets he had received as gifts: but Harry really was a spy.”

When Harry discovers a plot to overthrow his country, nobody but his elderly neighbour and friend, Mrs Joyce, believes him. Harry is convinced that Mrs Joyce used to be a top-secret spy. The two of them set out to investigate and stop the evil plotters before the takeover of the country succeeds. An incredible adventure is about to begin! Discover the wonderful message of the Bible through the secret codes in this adventure. Suitable for children aged 7 and upwards.

50 Famous Christians, Including Puzzles and Activities