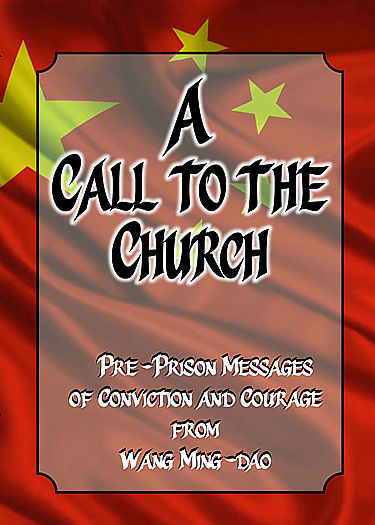 Wang Ming-Dao was born in 1900, during the Boxer uprising in China. This uprising was a revolt against foreign influences that were destroying ancient Chinese culture. The Wangs were in deadly danger, because they had associated with Christian missionaries. Terrified, Wang’s father killed himself shortly before his son was born. Mrs. Wang named her new boy “Iron” which, because of his strong personality. It was not until he was 20 and considering Christian ministry did he adopt his now famous name Ming-dao, meaning “revealing or understanding the Word.” Afer refusing to sign a manifesto which demanded first loyalty to the

Communist Party in 1949, five years later the Communists brought accusations against him. Ming-Dao sat calmly, eyes fixed on the ceiling, refusing to answer a word. Many in the court wept. The Communists could not get a verdict against him. He went home, knowing he would be arrested. While he waited, he wrote articles showing that the “Imperialist poison” of missionaries was for the most part the truth of the Bible. “...we are ready to pay any price to preserve the Word of God...Don’t give way, don’t compromise!”

He preached his last sermon at the tabernacle on this day, August 7, 1954, taking as his scripture, “The Son of man is betrayed into the hands of sinners.” Afterward, he handed out copies of his spiritual manifesto. Around midnight, the police came. Tied with ropes, Ming-Dao, his wife and eighteen young Christians were taken to prison. In Wang’s words “God sent me on the one hand to be a trumpet call to the world and on the other hand to be a trumpet call to the church - to expose darkness, corruption, depravity and unrighteousness and to summon men without delay to repent.”

Truth About Man - A Biblical Study of the Doctrine of Man

Politics - According to the Bible