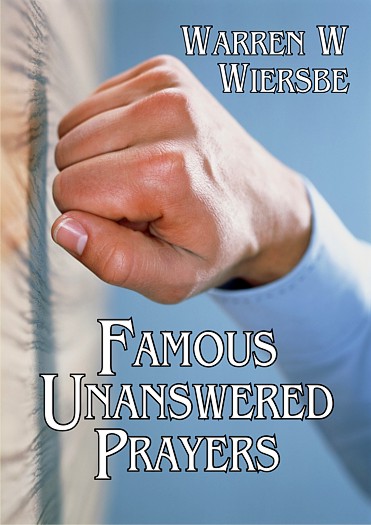 Probably every Christian has been disappointed in prayer at one time or another. Even some of the best known people in the Bible failed to receive their requests. The rich man in Hades wanted someone to go warn his brothers to change their ways. James and John dreamed of sitting on the right and left hands of Jesus in the kingdom. The healed Gadarene demoniac begged to be allowed to accompany Jesus as one of His disciples. Those requests were not granted. Wiersbe looks at these and other denied requests, demonstrating that when God says no to the believer, He has His child’s best interests at heart.

Preach the Word - Over 850 Sermon Outlines

The Testimony of Typology in the Tabernacle

Five Glimpses of Grace in The Levitical Offerings

Studies in the Epistle to the Colossians - CCS