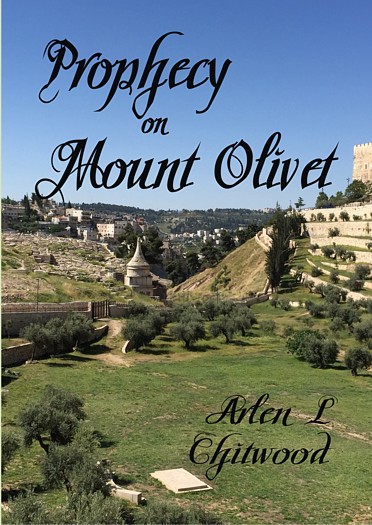 Prophecy on Mount Olivet - CCS by Arlen L Chitwood and published by Classics.

To properly understand the message which Christ delivered to His disciples, recorded in Matt. 24, 25, one must understand the overall framework of events in Matthew's gospel. The subject at hand throughout this gospel is the King and the proffered Kingdom. With the King present in Israel’s midst, the Kingdom of the Heavens (the heavenly portion of the Messianic Kingdom, a rule from the heavens over the earth) was offered to and rejected by Israel. With Israel's rejection, the kingdom of the heavens was taken from Israel with a view to the kingdom being offered to a separate and distinct “nation.” The house of Israel, rejecting the King and the Kingdom, was then left desolate (Matt. 21:33-43; 23:38, 39).

The discourse which Christ delivered to His disciples on Mount Olivet was given immediately following His pronouncement of desolation upon the house of Israel, two days prior to the time Israel would climax the nation's rejection by crucifying “Jesus, the King of the Jews” (cf. Matt. 23:38; 26:2; 27:37). Christ had previously mentioned the Church, anticipating that which was about to occur (Matt. 16:18). He then alluded to the previously mentioned Church (though the Church was not yet in existence) shortly before His discourse on Mount Olivet as the “nation” which would be allowed to bring forth fruit in the realm where Israel had failed (Matt. 21:43; cf. Matt. 21:18, 19). And the Church was about to be called into existence to be the recipient of that which had been rejected by and taken from Israel. Christ’s discourse on Mount Olivet takes into account all things which had previously occurred during His earthly ministry (anticipating the existence of the Church) and concerns not only Israel and the Church but also the Gentile nations.