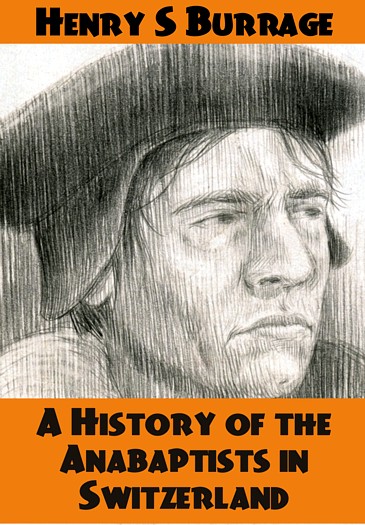 A History of the Anabaptists in Switzerland by Henry S Burrage and published by Classics.

When we come to the matter of the Anabaptists it should also be remembered that of those who at the time of the Reformation were called - and by many are still called -Anabaptists, some neither advocated nor practiced Anabaptism; while the doctrinal views which were represented among them belonged to widely different schools of religious thought. In other words, the term Anabaptist was contemptuously bestowed on all those who were opposed to the union of Church and State, and who conscientiously remained outside of the state-churches.

To the history of the Anabaptists of Switzerland as little attention has been given as to that of the Anabaptists generally and, perhaps, even less. The Swiss Anabaptists had a part, however in the great movement, which, as Dorner says, extended through all Germany; from Swabia and Switzerland, along the Rhine to Holland and Friesland; from Bavaria, Middle Germany, Westphalia, and Saxony, as far as Holstein and though they were apparently defeated, the story of their heroic sufferings should be faithfully recorded.