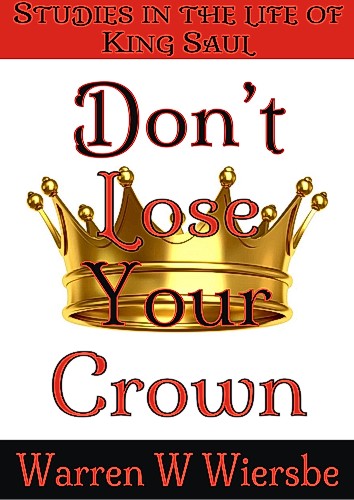 Don't Lose Your Crown - Studies in the Life of King Saul - CCS by Warren Wiersbe and published by Classics.

Disobedience! Disgrace! Defeat! Death! These four words summarize how Saul lost his crown. Saul did not come to his throne by popular vote – in fact, he was basically an unknown when he was appointed the King of Israel. And when it came time for the coronation, he was found hiding among the baggage so he began his reign as a humble. But somewhere along the way, his “greatness” began to rule his life, and his heart became to small for God.

In Don’t Lose Your Crown, the author presents a careful study of the life of King Saul and a detailed look at his major defeats and mistakes. Through this study the reader will learn and discover lessons which Saul never and failed to learn.

Straightening out the Self Centred Church: Titus - WCS - Welwyn