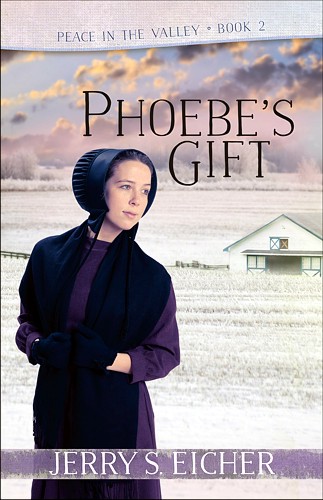 Phoebe Lapp’s grandmother was anything but ordinary. Before her death, the eccentric elderly woman purchased three Assateague ponies, seemingly for no reason. But after her passing, Phoebe learns of her beloved grandmother’s wish to start an Amish pony farm in a lovely little valley near the Adirondack Mountains for hurting Englisha children. That dream now lies with Phoebe if she decides to fulfill it, but a teaching position is available as well. Which path should she choose?

Further complicating her decision, before her passing, Grandma Lapp asked a neighbor, David Fisher, to be involved in running the farm and help Phoebe. David agrees, but his sister Ruth has yet to abandon her rumspringa, and the only reason she hasn’t left the church already is because of Grandma Lapp’s kindness. Unbeknownst to Phoebe, David has secret hopes of attracting her affection, but Ruth’s decision to stay or jump the fence could make things difficult for him.

Phoebe knows she has choices to make—whether or not to honor her grandmother’s legacy and what to do about David’s growing attentions toward her. But she’s not alone. God is with her every step of the way.