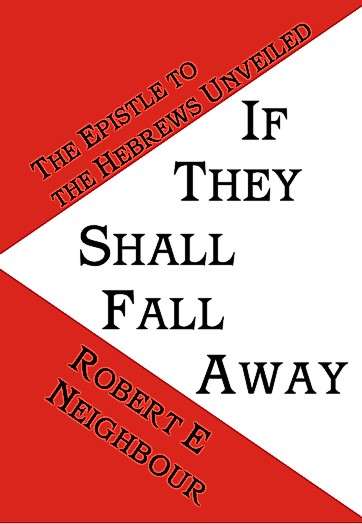 If They Shall Fall Away, Epistle to the Hebrews Unveiled - CCS by Robert E Neighbour and published by Classics.

The two schools of thought, both composed of deeply spiritual saints, has run riot for many years. Each school is antagonistic to the other; each claims to found its contentions on Scripture. The backbone of the Armenian belief is based on Hebrews, chapters 3, 4, 6, and 10. Frankly, we feel that both schools have failed to catch the Holy Spirit's message in these chapters.

. The Calvinists, clinging to salvation by grace alone, and apart from works, have done away with the Spirit's warnings to believers lest they fail to obtain their "rest," by asserting that the warnings are for "professors and not for possessors." The Armenians contend, rightly, that the warnings are for "possessors," but both schools fail to see that the REST is not salvation from hell, but it is the illennial rest of one thousand years, that awaits those saints who hold fast to the confidence and the rejoicing of the HOPE firm unto the end All of this is carefully set forth in this book, and we trust the readers of both schools will prayerfully, and without bias, ponder its pages.

The End Times in Chronological Order

Addictions: Banquet in the Grave