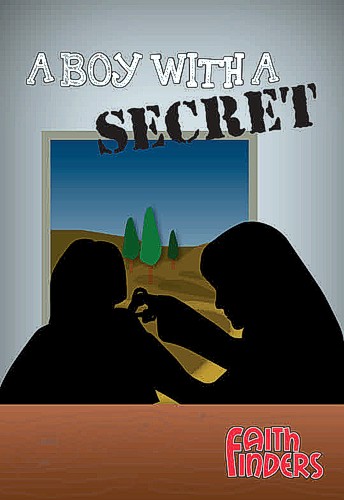 A Boy with a Secret - Faith Finders Series by Jill Jacobs and published by Day One Publications.

Julianna lives in Ephesus and works in the family workshop spinning thread. When her father becomes very ill she is forced to dress as a boy in order to take the thread to sell in the market.

There she meets a young Jew called Zak, who is a follower of The Way. She hides from him that she is a girl and so is able to travel to Athens and Corinth in his company. As they travel, her belief in many gods is challenged as she learns about Jesus.

They have many adventures and are caught up in Bible events until eventually she is forced to admit who she really is.