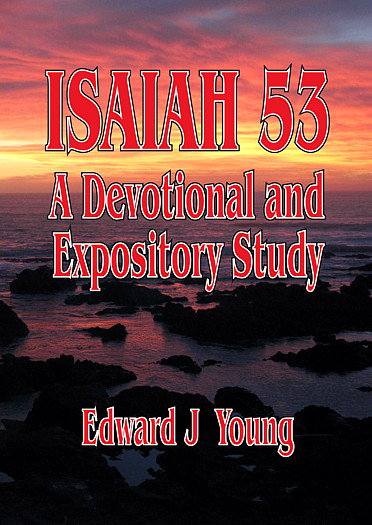 Isaiah 53: A Devotional and Expository Study by Edward J Young and published by Classics.

Some of the most forcible and suggestive language in the whole of Scripture giving spiritually dull people some idea of the incalculable sacrifice which Christ has made for them - both throughout His earthly Life and at Calvary - is found in the moving, eloquent fifty third chapter of Isaiah. It is the prophetic core of the Old Testament, shattering the imagination with the utter uniqueness of the Saviour's patient, silent sacrifice of the sins of His people.

Treating each verse individually, Young carefully extracts the full force of its meaning and points out throughout this commentary - which is different from the author's exposition of his three volume commentary set - the several critical positions which have taken exception to the historic tradition of the Christian Church. The reader will find this little volume both informative and valuable in stimulating an inner attitude of the real contriteness of heart.

Sacred Dissertations on the Lord's Prayer