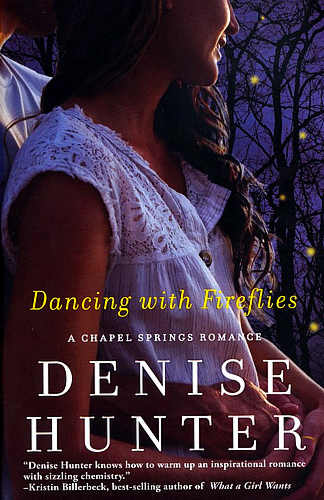 Growing up in the midwestern river town of Chapel Springs, Indiana, Jade McKinley felt like a weed in a rose garden. When she left, she thought she’d never look back. Now, pregnant, alone, and broke, she has no other choice but to return.

The mayor of Chapel Springs, Daniel Dawson, has been an honorary member of the McKinley family for years. While his own home life was almost nonexistent, Daniel fit right in with the boisterous McKinley family. He’s loved Jade for years, but she always thought of him as a big brother. Now that she’s back, his feelings are stronger than ever.

As Jade attempts to settle in, nothing feels right. God seems far away, she’s hiding secrets from her family, and she’s strangely attracted to the man who’s always called her "squirt." Returning home may prove more difficult—and more wonderful—than she ever imagined.