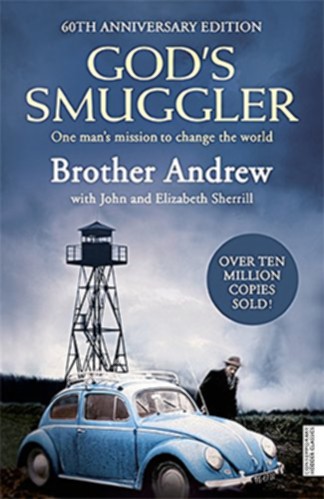 A special updated edition of this bestselling book celebrating the 60th anniversary of Brother Andrew's first trip. This reissue of God's Smuggler has new material from interviews with Brother Andrew and, for the first time, a photo section with photos spanning the many years of Brother Andrew's ministry. With over ten million copies sold, God's Smuggler has thrilled and inspired readers for more than forty years. It tells the true story of how a young Dutchman risked his life to bring faith and hope to believers behind the Iron Curtain.

Now updated with new material from interviews with Brother Andrew, he tells of his adventures as his ministry took him to the Middle East, Africa, China, Israel, Pakistan and other places of great danger and extraordinary opportunities. With new relevance, and at such a poignant time for persecuted Christians, this book is set to inspire a whole new generation of readers.

Perpetual Calender - Every day with Jesus - Time with God