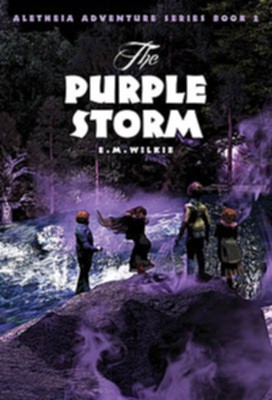 This second book in the Aletheia Adventure Series returns to the city of Bible Truth - Aletheia - and goes deep into the mysterious fortress that is the Academy of Soldiers of the Cross. Four children are granted the priviledge of spending a week with the Rescuers of Aletheia at the Academy. But during that week something unexpected happens; an unprecedented storm appears on the horizon and suddenly the children are in the middle of an emergency rescue mission. They find themselves in an adventure quite unlike any they could have imagined, right in the very heart of the terrifying purple storm.

In the storm the children face false, frightening creatures that would claim their allegiance. They must decide if they will place their trust in the creatures of the storm, or in the God of the Bible. Who will they choose to be their refuge in the midst of the purple storm?

The Defenders of Aletheia