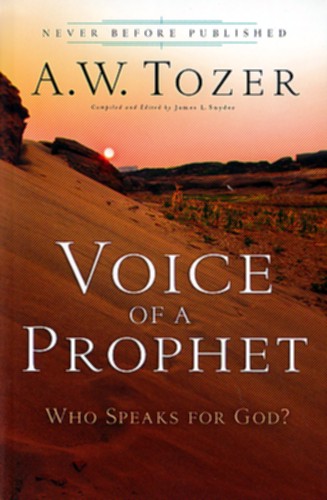 Voice of a Prophet: Who Speaks for God by A W Tozer, never before published Sermons, compiled and edited by James L Snyder and published by Regal Books.

During his ministry, which included extended pastorates in Chicago and Toronto, Dr. Tozer was often referred to as a prophet. That doesn’t mean he predicted future events, but rather spoke God’s truth to believers and the culture, even if it meant disrupting the status quo. Even in the Bible, prophets were much more likely to hold God’s people and their leaders accountable to the truth of God’s Word than they were to foretell the future. The encouragement in Voice of a Prophet is that the church today is in desperate need of the kind of prophet Tozer embodied and describes in this important new book. Using the lives of such prophets as Elijah, Elisha and John the Baptist, Tozer underscores the importance of the ministry of the prophet in today’s church.

Isaiah By the Day

The Best of F B Meyer

F B Meyer: If I Had a Hundred Lives - HMS