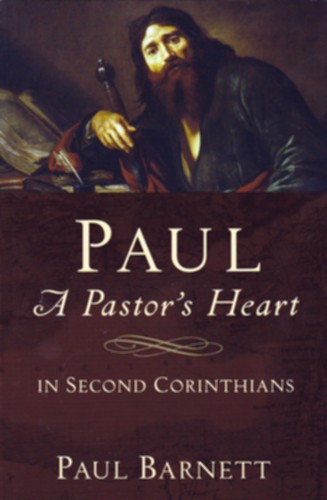 Paul: A Pastor's Heart in Second Corinthians by Paul Barnett and published by Aquila Press.

The Apostle Paul is one of the most fascinating & pivotal characters in Bible history. Previously a persecutor & legalist he became a great missionary & pastor to the church he established. His writings form a crucial part of the New Testament. However, as his second letter to the Corinthians demonstrates,there is a deeply human aspect to Pauls writings as he grappled with enormous challenges & difficulties. Paul Barnetts insightful & sensitive consideration of Pauls situation & character, seen in this letter, sheds precious light on this pastor as he sought to care for this 'difficult' church in its early & turbulent years.

Jesus The Son of God

Visit the Sick: Ministering Gods Grace in times of illness