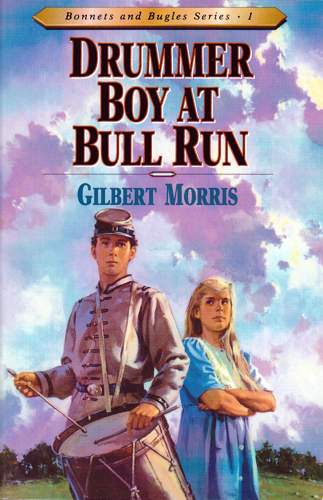 Jeff Majors and Leah Carter share a sorrowful goodbye as the Civil War brings a heartbreaking separtaion of friends. Despite being on opposite sides of the War, they agree to stay friends and see each other through battle. Jeff becomes a drummer boy in the Confederate Army, and Leah becomes a helper in the Union Army with her father, who has hopes of distributing Bibles to the troops. But as the war continues, tragedy strikes again and again for the Majors family. Jeff and his family face sickness, imprisonment, even death. Unable to care for matters on his own, Jeff relies heavily on the friendship of Leah and her famly. It is the Carters' kindness that helps Jeff make it through his own war, battle after battle.

And the Shofar Blew

An Echo in the Darkness, Mark of the Lion Series #2