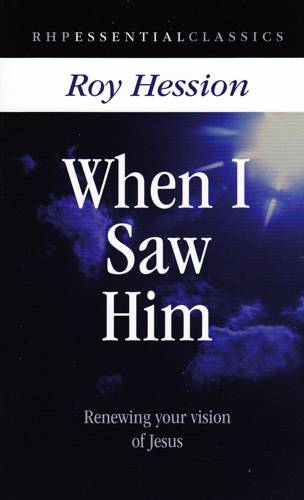 "In the opening chapters of the Book of Revelation the Apostle John tells us how on the Isle of Patmos he was given an awesome vision of the Lord Jesus, risen from the dead. Then John says, ‘When I saw Him, I fell at His feet as dead.’ He tells us not only the vision itself, but the profound effect it had on him. It utterly prostrated him before the Lord until He came and laid His right hand on him and said ‘Fear not."- ROY HESSION

If we are ever to come to a place of revival, we need to see the Lord as He really is: reigning resplendent in glory and holiness. It is only then that we will see ourselves as we really are and so see our great need. In this profound book, Roy Hession looks at three men and a group of men, and the effect that a new vision of the Lord had upon them.

Paul and the Law