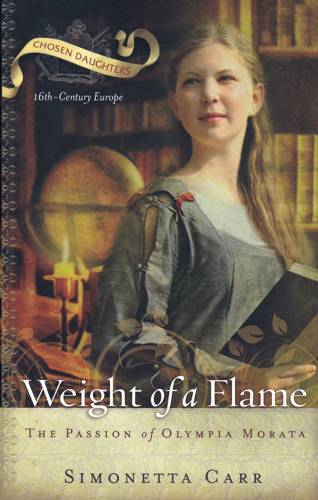 Why write about Olympia Morata? Because the Italian Reformation is generally unknown but in the first part of the 16th century, sparks of Reformed faith burned brightly in Italy. Many groups were meeting for Bible study and prayer, and some members of the clergy were defending biblical doctrines. Of course, the Catholic Church-State could not tolerate such dissent. Italian believers were faced with three choices: compromise and silence, defiance unto death, or voluntary exile.

Olympia's story underlines the vital role that women played during the Italian Reformation. They organized prayer meetings, supported preachers, and interceded for those who were captured and condemned. Many were enough well-versed in Latin and Greek to be able to judge critically the theological works of their time. Olympia Morata is a positive role model for many young women, because she lived her faith uncompromisingly until the end. Christ is also uplifted in her life, letters and writings.