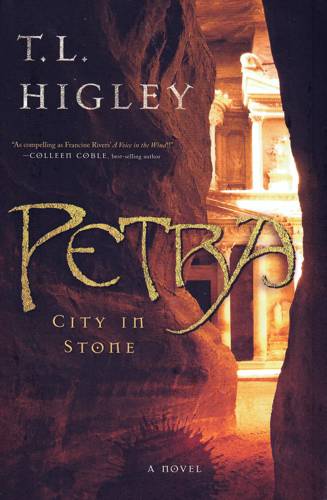 Petra, the wondrous ancient city carved from the mountains of modern Jordan, is at the height of its glory in this gripping historical novel by T. L. Higley. A young widow, Cassia, and her son, Alexander, have arrived there seeking protection with her late husband's estranged family. But when Cassia discovers the man she married was heir to the throne, the power-hungry Queen Hagiru plots to murder Alexander so that her own child will someday rule. The queen, priestess of the sun-god, Dushrat, calls on demonic powers in her quest, but Cassia is prepared for the fierce spiritual battle to save her son, joining a Roman named Julian and his community of believers in the Jewish Messiah. Together they seek a mighty movement of God far stronger than any dark heart or city made of stone.

The Heavens Before, The Genesis Trilogy Series **