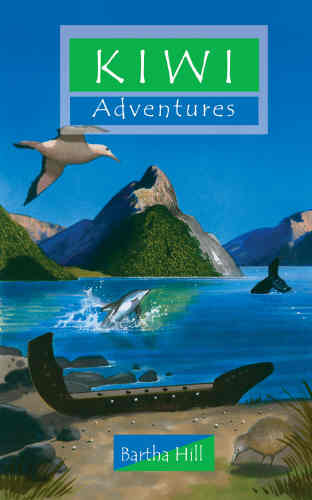 The land of the Kiwis is a fascinating country. Not only does New Zealand have one of the most unusual flightless birds (the kiwi itself) - it has many other claims to fame as well. If you thought it was the Wright brothers who first flew in an airplane - think again - the kiwis reckon it was one of their own, Richard Pearse. But there is no disputing that it was a New Zealander, Murray Kendon, who started Mission Aviation Fellowship. MAF planes are used accross the world to bring help, and the good news of Jesus Christ, to thousands of people in far- flung places.

New Zealand has other claims to fame, too. It's definitely a fascinating country to visit through the pages of this book. You'll be introduced to the Maori peole - who have a language and history of their own. You'll see animals and birds that will amaze and enthral you (such as penguins, the majestic albatross and sea lions). There are dolphins and whales too! Also watch out for the Moeraki Boulders and the green parrot of night, the kakapo! Get on the board and explore this wonderful part of God's world! Come along on the journey!