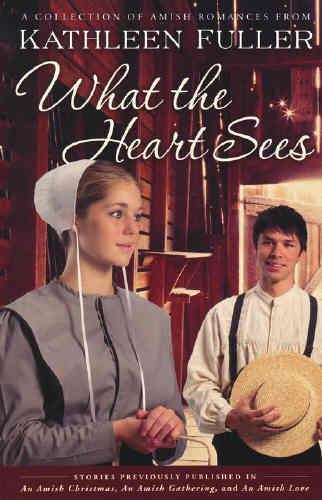 A Miracle for Miriam from An Amish Christmas - Miriam fell for Seth, but he broke her heart. Years later, after he's nearly killed in an accident, Miriam sees him at a Christmas party and notices something is different about him-not just how he looks, but how he acts. When Seth pursues her, she must decide whether to guard her heart or accept his love.

A Place of His Own from An Amish Gathering - When Josiah left Paradise the first time, he didn't even say good-bye. Now he's back, ten years later, and he's changed. Why is he so distant and bitter? Where is the boy who used to be Amanda's best friend? Amanda is learning that there are things even a capable Amish girl can't fix. But can she stand there and watch him walk away...again?

What the Heart Sees from An Amish Love - A tragic accident rocks a peaceful Amish community, leaving Ellie Chupp blinded and Christopher Bender's future shattered. But they find love and forgiveness in a place they least expect.

Beyond the Picket Fence **