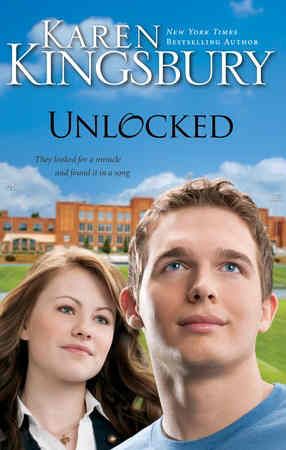 Holden Harris, 18, is locked in a prison of autism where he's been since he was a happy, boisterous three-year-old. At school he is bullied by kids who do not understand that despite his quiet ways and quirky behaviors, Holden is very happy and socially normal on the inside, where he lives in a private world all his own. Then one day the head cheerleader and star of the high school drama production is rehearsing when Holden stops and listens, clearly drawn to the music. Lauren Reynolds notices and takes an interest in him, learning about autism and eventually helping Holden win a spot in the school play.

At the same time Lauren makes a dramatic discovery. Long ago, her parents and Holden's parents were good friends, and she and Holden played together until his diagnosis of autism, at which time Lauren's mother distanced herself from the friendship. Now Lauren's mom and her MLB baseball player father are trapped in an unhappy marriage and a life that is shallow and meaningless. Not until a tragedy takes place at the high school does Lauren take a public stand against the way the more popular privileged kids treat those who are different.

At the same time, Lauren continues to be a friend to Holden and in time their mothers realize that something special is happening. Hurts from the past are dealt with and all around Holden miracles begin to happen in various relationships. The greatest miracle is the change in Holden, himself, and everyone is stunned by the transformation they witness. Ultimately, the community comes to understand that many people walk around in a personal prison and that only by love and faith can the doors become unlocked, the way they dramatically do for Holden Harris.