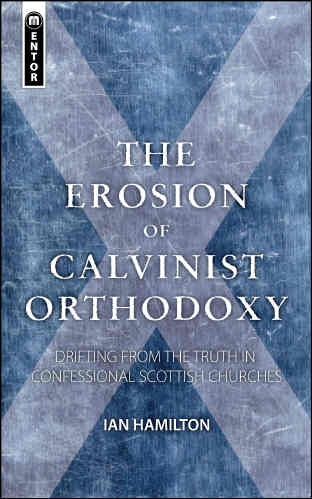 This revealing read will give you an opportunity to learn from history. How do strong confessional churches that seem to be doing all the right things drift inexorably from the truth?. What is clear from Ian Hamilton's fascinating study is that it doesn't happen over night but it is a gradual erosion of theological and doctrinal standards.

Nineteenth century Scotland was seen as a Christian nation composed of church-going people. Among its churches, Presbyterianism was strongest, and within Presbyterianism there were several large denominations. The future looked bright and optimism marked many of the church leaders and congregations. Yet the sad fact is that most of them were blind to the presence of the warning signs that ultimately caused the decline and not the continued growth of the church in Scotland. To understand how this happened Ian Hamilton looks at the changes that took place within one of these large Presbyterian denominations - the United Presbyterian Church - and analyses the roots, developments and consequences of these changes, particularly the departure from the doctrines summarised in the Westminster Confession of Faith.

It is a salutary lesson to observe that the movements for church unions and increased evangelism of the nineteenth century were not signs of spiritual health; instead they were inadequate sticking plasters that hid dangerous spiritual disease. This book also includes discussion on the nature of subscription to the Confession at time of 1733 secession, the atonement controversy 1841-45, the Union controversy 1863-1873 and 1879 United Presbyterian Church Declaratory Act.